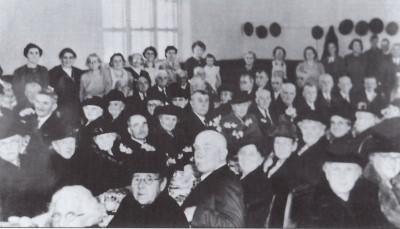 were given as well as entertainment. The meetings were held once a month at Trimdon Grange; later one was started at Trimdon Village when the Community Hall was built. For making tea and washing up in the Temperance Hall, water had to be carried from a house in the Foundry. Later the meetings were held in the Welfare Hall and later still in the Community Hall in Wingate Road. This hall was originally built during the war as a nursery so that mothers could work in factories for the war effort. The present Trimdon Grange Clinic was, likewise, a nursery.

For teenage girls there was the Girls Friendly Society run by Mrs. Whitehead, wife of the vicar of St. Paul's Church, Trimdon Station. They were encouraged in all skills such as drama, singing, needlework, country dancing. Competitions were held and the winning club or individual of the diocese would go to the Albert Hall for the all England competition. Gladys Nattress won her way there and won a first for Deaf Hill, St. Paul's.
There was also a group of Girl Guides belonging to that Church, but it was not confined to the Church Members only.

Children's games were often governed by the seasons. It was funny how no-one told the children when to start playing different games, but they seemed to emerge automatically. For instance, Spring time and Easter brought out skipping ropes. Not expensive ones with lovely handles, but a length of rope cut from the old clothes line. Individual skippers would have competitions, such as seeing how fast they could go, doing and singing 'Pitch patch pepper' then reciting the alphabet. Another one was skipping with arms crossed and using the rope back-wards. Other fancy tricks were also used. 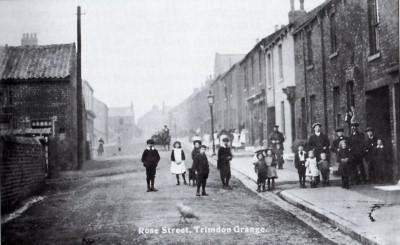 A group of children played together, a child holding each end of the rope, and turning it while the rest took turns to follow and skip. A favourite was to skip whilst saying "Tell me the name of your young man", then skip ever so quickly to the turning of the rope while reciting the alphabet. When they made a mistake in the skip, the letter they stopped on would be the initial of the young man.

These ropes were also used for jumping over, the rope getting higher and higher. There were no playing fields but games were played at the front of the houses or in the back streets which were just ways, not made up at all. Another interesting game of skill was 'Itchy Dabber. Large squares were marked out and numbered, then with an old empty shoe polish tin, turns were taken to get the tin into the bays the least number of times, pushing the tin with the side of the foot, whilst hopping on one leg. Tops and whips were for both boys and girls, seeing who could keep it spinning the longest. The top of the whips had coloured chalk marks on them which made a galaxy of colour when in motion.  >>